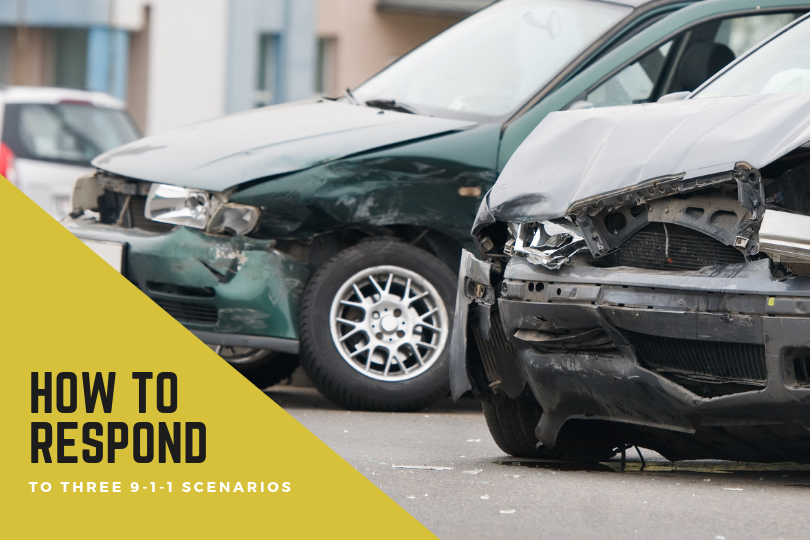 We don’t get to choose if or when an emergency strikes. We always advise 9-1-1 callers to stay calm and answer all of the telecommunicator’s questions but being prepared and knowing what to expect can help both you and the telecommunicator. You will always be asked to confirm your location regardless of the scenario, so be prepared to give your address and location, especially if you’re calling on a cell phone. This post will talk about how to call 9-1-1 in three different scenarios.

Citizens have to call 9-1-1 to report a car accident they witnessed or were involved in. As always, the telecommunicator will need to know your location, but they may need some additional information to assist first responders like the direction of travel. Tell the call taker your direction of travel or the city you are driving towards. This will help them direct responders to approach the accident in the right direction.

The telecommunicator may also ask additional questions such as how many vehicles or persons are involved in the accident and if there are any injuries or road blockage. Listen carefully, stay calm, and answer all questions. Remember that your answers will help responders work with more efficiency once they arrive, and that the telecommunicator is not slowing response time by asking for these details. Telecommunicators are trained to simultaneously dispatch help and talk with caller, so don’t hang up until they say it’s okay.

If you need to report a break in, a shop lifter, or someone acting suspiciously in a public place, you may need to describe a person to the telecommunicator. You’ll be asked a series of questions to help the responding officers locate the suspect, so try to remember these identifying features:

-Clothing, including the color and type of material (Jeans versus khakis, for example)

Additional information may include a variety of things, but some common ones may be whether the suspect has a weapon, is intoxicated or on drugs, or the suspect’s vehicle information. While this information is vital, never put yourself into harm’s way to obtain it. Remember to stay on the line until the call taker says it is okay to hang up.

Whether you accidentally dial or catch your young child calling 9-1-1 to “test it,” there is one rule you should always remember: Don’t hang up. Telecommunicators must call back all 9-1-1 hang-ups, and if you don’t pick up, they might send someone to check on you. The best thing to do if you make a false call to 9-1-1 is to stay on the line, explain the situation, and again always wait until the call taker gives you permission to hang up. This will save time in the long run and prevent any misunderstandings or unwanted to house calls.

There are lots of reasons why you may need to call 9-1-1, and we can’t possibly cover them all. However, if you remember to confirm your location, answer all questions, and stay on the line, then you’ll be able to help the telecommunicator help you. 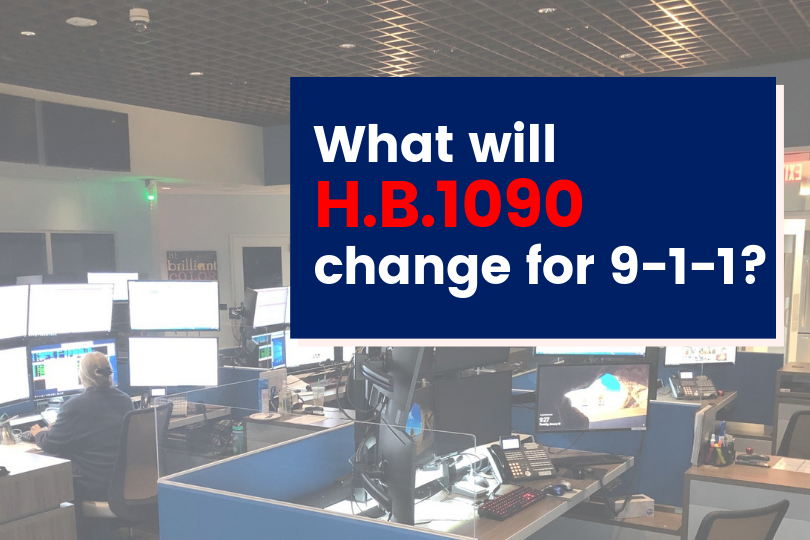 As of today, House Bill 1090 has officially been signed by the Texas governor. This bill reclassifies 9-1-1 telecommunicators as first responders, and allows them to be recognized alongside the police, fire, and EMS professionals that they serve with. But how exactly will 9-1-1 telecommunicators be affected by this change? We reached out to the office of Texas Representative Cecil Bell Jr, who wrote HB 1090, to get an idea of the Texas statutes that would change after the bill becomes law on September 1 and made a cheat sheet.

You can download the interactive version of this cheat sheet here. 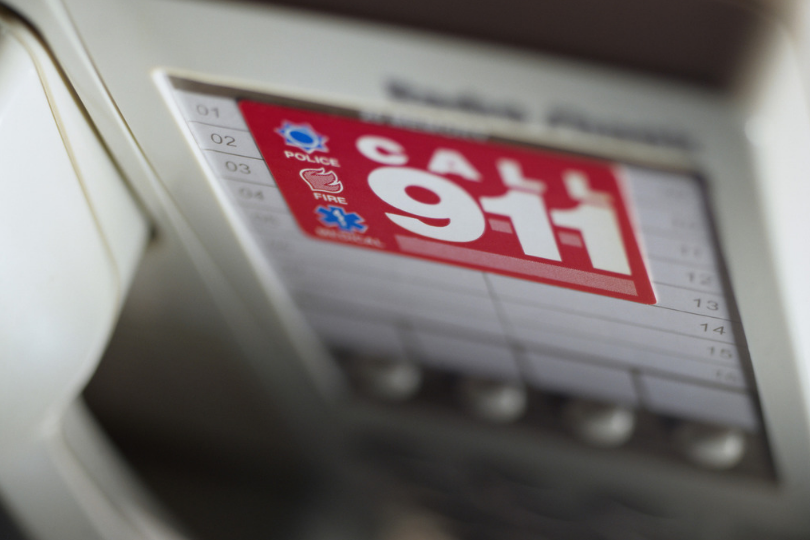 Famous 9-1-1 Myths and Why They’re Dangerous

The first 9-1-1 call was made in 1968 by Senator Rankin Fite to inaugurate the new emergency communications system, and since then the 9-1-1 industry has seen many myths and assumptions pop up out of nowhere. Some of these stories are harmless, and some can may have serious or even life-threatening consequences to people who assume they are true. This post will cover some of the more famous 9-1-1 myths, but it’s important to do your research whenever you come across a claim on the internet.

It’s hard to believe with apps like Lyft and Door Dash that 9-1-1 doesn’t know your exact location when you call on a cell phone, but the truth is that the legacy 9-1-1 infrastructure just isn’t able to utilize this kind of technology. Companies like RapidSOS are working to help Public Safety Answering Points integrate this blue dot technology into their systems, but not every PSAP has it yet. To ensure a 9-1-1 telecommunicator can get help to you quickly, you should always be able to confirm your location, whether they have blue technology in their center or not.

All of the NCT9-1-1 region is integrated with blue dot technology, but our telecommunicators will still ask you to confirm your location every time.

Though telecommunicators might appreciate your intention to avoid tying up the line, you’re actually wasting more time. Telecommunicators are required to call back any hang ups, so when you misdial it’s better to remain on the line and explain the situation. It happens more often than you’d think, and your local call takers will be glad that you didn’t waste more of their time.

Your community’s PSAP doesn’t have any effect on returning power during an outage, and calling them to report it only ties up the line. If you’re looking to know when the power will return, a better option is to call the power company directly.

The only exception to this rule is if you or a family member utilize a life-saving medical device that relies on power. It would be acceptable to call 9-1-1 in this case.

This list could go on, but a better choice is to practice sound judgment. Not everything you read on the internet is true, so always verify the source of new information and do your due diligence and research to confirm its accuracy. Don’t let a 9-1-1 myth stand in the way of getting life-saving help in an emergency. 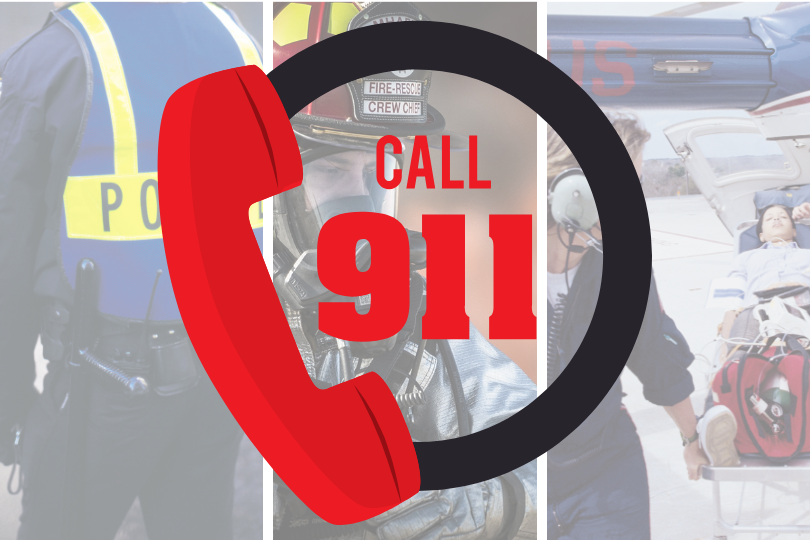 Recently, representatives of the North Central Texas Emergency Communications District participated in a series of Mass Causality Incident (MCI) framework planning sessions. The goal of the sessions was to develop a framework for communities that don’t currently have an MCI plan in place. More than 30 different organizations, agencies, and private partners were on the planning committee, including representatives from hospitals, fire and EMS, local emergency management offices, and advisory committees. NCT9-1-1 was the only representative for 9-1-1.

Both NCT9-1-1 and our district partners have begun to see the need to include 9-1-1 in these type of emergency community planning workshops. In order to assist other communities, we wanted to share our key takeaways to help other 9-1-1 personnel and partners understand 9-1-1’s role in an MCI.

During the tabletop exercise that tested the final draft of the MCI framework, our staff members on the committee noted that 9-1-1 could be utilized more.

For example, during the exercise it was discovered that the Red Cross had never been contacted. When asked by the event organizers whose responsibility it was, there was no conclusive response from the participating members. Our representatives pointed out that a PSAP can call Red Cross, but only if instructed to do so by the incident commander, as telecommunicators rarely have the authority to make these decisions on their own. Had this been known, incident responders wouldn’t have lost as much time deciding who would physically make the actual calls to request more resources. Emergency management and local government personnel should take the time to understand the reach and limitations of their PSAPs so these kinds of details can be confirmed before an MCI.

MCI Personnel Should Understand the Structure of a PSAP

The basic functions of a PSAP are fairly well known to most community leaders, but we discovered that few understood the details of how telecommunicators actually operate.

The most obvious example we found was the difference between police dispatch practices and fire and EMS practices. This MCI exercise lacked significant police representation, which meant that the different structures of dispatching police versus fire were never addressed. A telecommunicator working fire or EMS will experience situations that follow familiar protocols, compared to telecommunicators dispatching for police who must be prepared for a more flexible response and more variables.

This is just one example of PSAP structure that may not be known to community personnel responding to an MCI. And since the first thing a citizen involved in this incident will do is call 9-1-1, it’s important that officials and 9-1-1 professionals take the time to understand what they can do for each other.

9-1-1 PSAPs Should be Brought into the Planning

The purpose of these planning sessions and tabletop exercise was to learn and find gaps that others may not have noticed, and there were more than enough opportunities to grow with other public safety agencies. The most important thing we learned at this event was how necessary it is to involve 9-1-1 during these exercises, but we also have to acknowledge how difficult it is for 9-1-1 personnel to find the time to attend. We hope other communities can begin to solve this problem by starting small. We encourage community leaders to reach out to their local telecommunicators by taking a PSAP tour, sitting in for an hour or two on a few calls, or just talking to the telecommunicators to better understand how they operate. We also think 9-1-1 personnel should look for opportunities to be heard by their communities by asking to be included on notifications for these events and volunteering to sit on these kinds of committees.

9-1-1 has in the past been left out of these kinds of frameworks and exercises, but we’d like to see that change. It’s a two-way street, however, and 9-1-1 professionals and community personnel need to find a way to start the conversation. It’s better to be pro-active than wait until something goes wrong. We appreciate and would like to thank North Central Texas Council of Government Emergency Preparedness for inviting us to weigh in on this framework, and hope that this is the beginning of a closer relationship between 9-1-1 and other public safety entities.