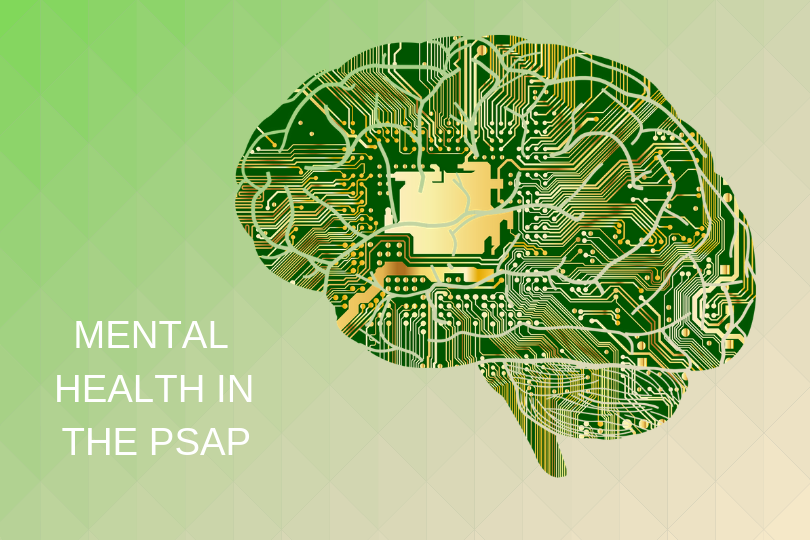 How Does Your PSAP Handle Mental Health?

In a 2012 study by Northern Illinois University, 800 9-1-1 telecommunicators reported feelings of fear, helplessness, or horror during 32 percent of their 9-1-1 calls. These professionals face an enormous amount of stress and fatigue during long shifts, which can lead to burnout or PTSD. Though telecommunicators are not classified as first responders, this industry knows that they face similar mental health concerns as police, fire, and EMS personnel, and some 9-1-1 professionals are affected by specific types of trauma unique to their field.

It is up to call center leadership to help their telecommunicators handle the mental health concerns that come with the job. Mental health is no longer a taboo subject in our society, and PSAPs that aren’t talking about it are doing a disservice to their team. We’ve outlined a couple of ways supervisors and managers can start the conversation and help their telecommunicators be aware of their mental state so that they can continue to save lives every day.

Most industries have developed strategies to avoid burnout, depression, anxiety, and other mental issues that may affect their employees. The 9-1-1 industry can learn from these practices to create strategies that are personalized for their PSAP.

Agencies all over the country are addressing PTSD and other health concerns in peer-to-peer groups like this one in St. Joseph. These dispatchers created a safe way—handing off a poker chip—for coworkers to reach out when they’re in need of support. This allows individuals who may not feel comfortable starting the conversation get help from their peers. Consider creating a similar program at your PSAP, or invest in a mental health wellness check solution.

The most important thing PSAP leaders can do is allow conversations to happen without stigma. A 2017 survey of 2,000 first responders by the University of Phoenix found that 55% felt that their supervisor would treat them differently if they brought up mental health concerns at work. Though telecommunicators were not included in this sample, they face similar trauma to those surveyed.

Telecommunicators may also suffer from vicarious trauma, or compassion fatigue. This unique phenomenon is often found in counselors or therapists who experience secondary trauma after listening to individuals who have experienced trauma. Due to their line of work, telecommunicators can also suffer from compassion fatigue, which can lead to symptoms like difficulty falling asleep, dreaming about their callers’ experiences, feeling trapped by their work, intrusive thoughts, and more.

Knowing the signs of mental illness means a supervisor can better help team members dealing with the symptoms. Though hypervigilance is the most common PTSD symptom for telecommunicators, it’s important to know them all so that no one slips through the cracks.

We’ve all heard of PTSD, depression, anxiety, and other common mental illnesses, but many individuals may be affected by something more common: burnout.

Burnout is a specific type of work-related stress that leads to physical and emotional exhaustion along with the feelings of a lack of accomplishment and underappreciation. It’s common in many fields. Common burnout symptoms include:

PSAP leadership should look for burnout and offer support for individuals who may be dealing with these symptoms. Veterans are more likely to have low job satisfaction and a higher rate of trauma, which is an uneven exchange that can lead to a high turnover in a center.

Lilly’s research found that many telecommunicators, both new hires and veterans, still believe in the “benevolence of the world.” This proves the importance of positivity in the 9-1-1 profession. Without a focus on the positive, and a support system to handle trauma and fatigue, telecommunicators couldn’t do this important job. Continue to encourage positivity in your center not only because it fosters a better work culture, but because without it your team wouldn’t be able to do the important, live-saving work they do every day. 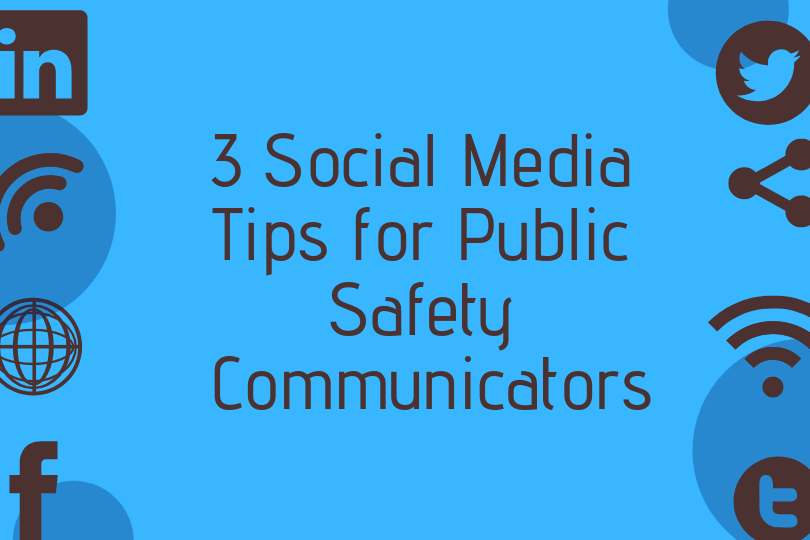 Social media is nothing new in the public safety industry, but lots of organizations still struggle to find a winning strategy that educates their public about their local police, fire, and emergency services. Social media is a complex communications method, but it can be hugely successful in educating your public if used correctly.

We broke down three easy ways your organization can use social media to educate your community.

Posting to social without a strategy or agenda is not going to educate your public. Before you sit down to create a social media post, ask what your goals are. You know you want to bring awareness toward public safety, but what key takeaway do you want the public to learn, and how are you going to decide if you’ve achieved that goal?

Maybe you’re trying to spread the news about a string of recent break ins in your community. The goal here is awareness, so your measurement tool would be number of shares or retweets and, of course, your overall reach. However, if you were advertising a public education event and post a link to a webpage for more information, you’d be more interested in the number of clicks.

Not all social media platforms are the same, and your messaging will differ across channels. You can push the same topic on multiple channels, but how you talk about it should be unique for each platform.

Facebook has turned into a generic platform where anything from entertainment to education to personal updates live. It’s a safe bet that whatever topic you’re pushing can live on Facebook and reach your desired audience, but that means the language you use needs to relate to various publics. Skip the public safety jargon and focus on conversational phrases, even for more serious content like crime reports or press releases. You’ll see more engagement, and those goals we talked about before will be easier to meet.

Twitter, on the other hand, has a unique messaging style. Not only are you limited by characters (280 as of 2017), but Twitter also has a unique voice and an active community where rumors can spread quickly. Choose your words carefully, be accurate, and don’t shy away from hashtags. It’s okay to be casual in your language here as well, however, public safety organizations should tread carefully, as the platform has become a foundation for controversial political discussions and a hot bed for public relation nightmares. Think twice before you tweet, always look at message from every angle, and make sure you know what a hashtag represents before you use it.

LinkedIn is a social media platform where public safety professionals can really shine, because your content should speak directly to fellow professionals. This platform is dedicated to helping industries learn from each other, so feel free to break out the jargon. Ask questions to encourage engagement, and answer any comments to get the conversation flowing.

Do you know what social media content you’re going to post to your public safety page next week? What about tomorrow? If not, it’s time to start strategizing. Social media channels need more attention than an occasional post after an important event; they need to be nurtured and developed just like any other communications tool. The best way to do this is to plan your social media strategy ahead of time, and schedule your content out as far as possible. This will give you time to plan your content, understand what your goals are, and write the right kind of messaging for each platform.

Social media is an important tool, and it can help your public safety organization educate your community, but only if used correctly. It takes a lot of time and dedication to do social media right, but if you start with these tips, you’ll be headed in the right direction. 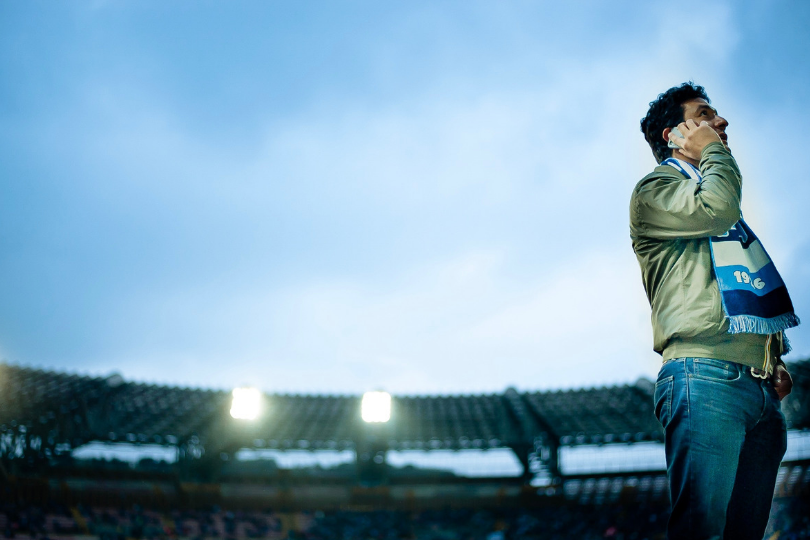 Wise County, TX – The Wise County Sheriff’s Office was able to pinpoint the exact location of 4 children, 2 of whom were locked in a dog kennel according to Wise County officials, with Next Generation 9-1-1 location accuracy technology developed by RapidSOS. The North Central Texas Emergency Communications District (NCT9-1-1), who provides 9-1-1 services to the sheriff’s office, was instrumental to the development and deployment of the technology.

The 9-1-1 call was a domestic violence complaint from a caller who did not know his address. The original location provided by the cell phone carrier would have placed the deputies 1.3 miles out of the way of the incident. The dispatcher was able to utilize the RapidSOS location to give the exact location of the caller, which allowed them to hear the cries of the children nearby.

“This shows what this can do, and people need to realize how important this is and start to get on board,” said Jessica Anderson, the 9-1-1 telecommunicator who answered the call. She’s been dispatching for over 2 years.

Wise County is part of the NCT9-1-1 region, who played an active role in the development of this technology. Today, the FCC requires cell phone carriers to provide an accurate location within 100 – 150 meters 75% of the time for 9-1-1 calls. During a pilot conducted with RapidSOS last year in the NCT9-1-1 region, the location provided by RapidSOS was accurate within 50 meters 97% of the time.

“We founded RapidSOS to provide public safety agencies with the best possible tools to save lives. There’s no greater reward for our team than to learn of scenarios where our technology helped make a difference for hardworking emergency services professionals and the constituents they serve,” RapidSOS CEO Michael Martin said. “It is an honor to see technology that we originally piloted with NCT9-1-1 in use today with thousands of public safety agencies across the country.”

Accurate location information for wireless calls is the future of 9-1-1. All 43 of the public safety answering points (PSAPs) in the NCT9-1-1 region are equipped with this technology, and NCT9-1-1 advocates for its adoption in PSAPs nationwide.

“I’m thankful for continuous improvement in technology, and in our partnership with NCT9-1-1 and for a team that never quits,” said Wise County 9-1-1 Communications Manager Susan Gomez. “I know that twenty years ago when I started, we would not have had the same outcome.” 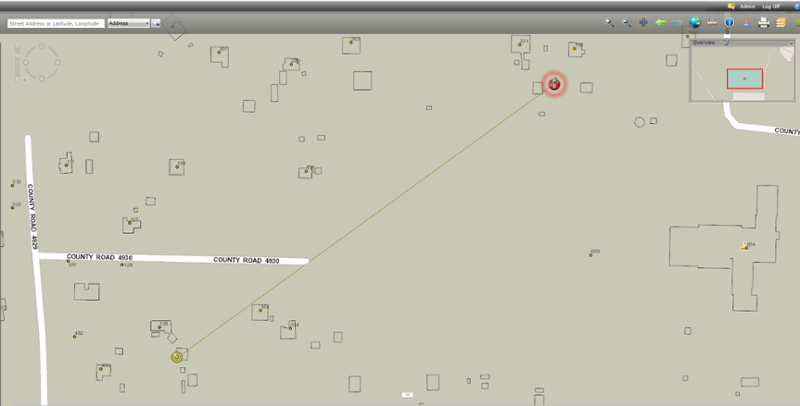 A more accurate RapidSOS location, represented by the yellow bullseye. The red circle shows the location provided by the carrier. 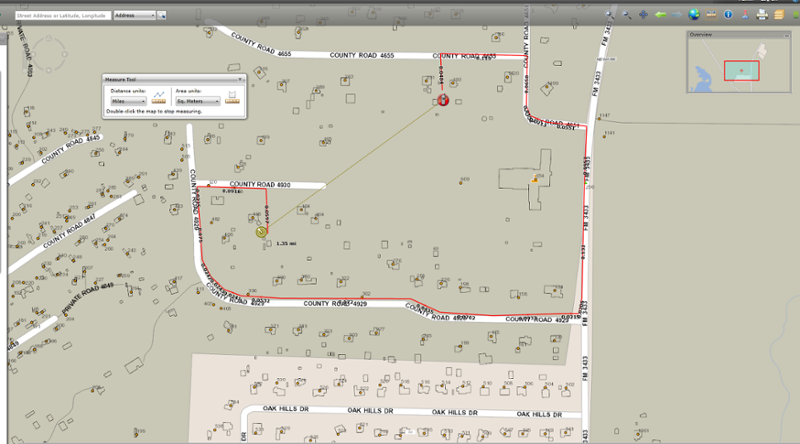 The deputies would have been 1.3 miles out of the way from the correct location.

Kaufman County Judge Bruce Wood received the NG9-1-1 Institute’s Government Leader Award this week for his part in revolutionizing Kaufman County’s 9-1-1 system. He was presented with the award by Congressman Lance Gooden in Washington DC on Wednesday, February 13 during the 9-1-1 Goes to Washington event.

The Government Leader Award recognizes an elected or appointed Federal, State, or Local Government leader who shows dedicated leadership in advancing the 9-1-1 system. Judge Wood was a significant voice in developing the emergency communications system for his county and played an active role in its implementation.

“Millions of people dial 9-1-1 every year seeking assistance during emergencies, and the public safety community is there to take their call,” said Joe Marx, NG9-1-1 Institute Chair. “Through our 9-1-1 Honors Awards, the Institute acknowledges the exception contributions by public safety professionals, elected officials and industry partners to the field of public safety. These award winners exemplify the highest levels of dedication and professionalism, and their contributions to public safety and emergency response are among the reasons why our Nations’ 9-1-1 system is the finest in the world.”