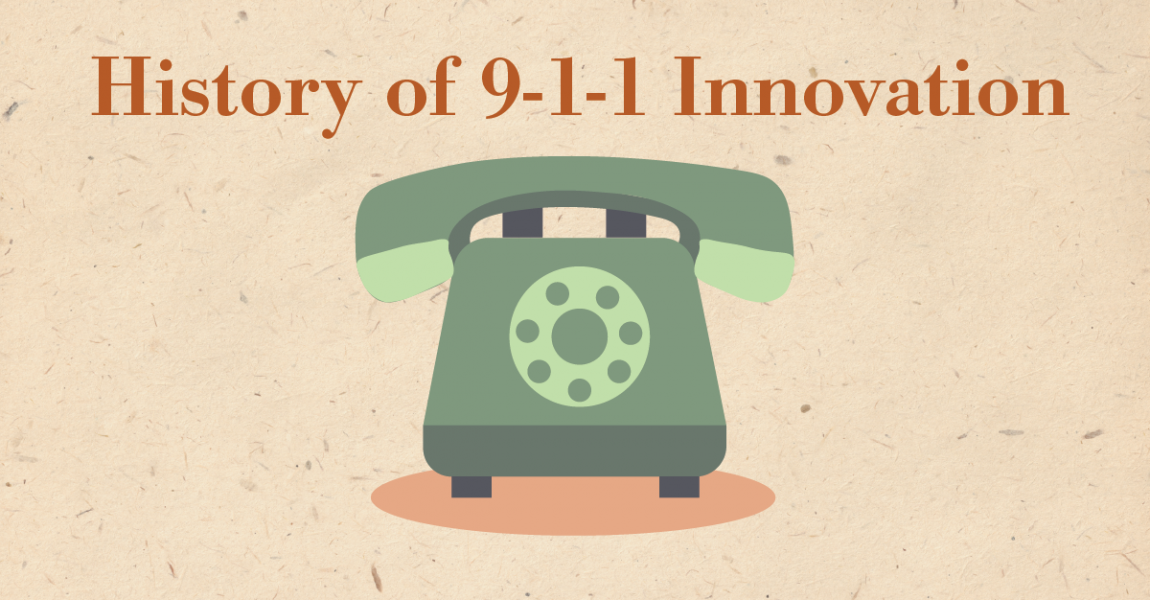 The History of 9-1-1 Innovation

The first 911 call was made on February 16, 1968 in Haleyville, Alabama by Representative Rankin Fite. It was a call that launched an industry dedicated to saving lives and supporting communities.

At the time, the 911 system was called Basic 911. The system was a simple, two-way call and didn’t involve any of the routing or location accuracy we associate with 9-1-1 today. It was implemented before wireless phones, so it was a lot easier to know where you were calling from.

911 has evolved significantly since that first call, but what key moments brought us from Basic 911 to recognizing wireless location to texting 911?

Enhanced, or E911, is the system most call centers use today. Implementing E911 into an agency allowed for a variety of new features and tools. Addresses, for example, can be displayed on a E911 system. ALI, or the Automatic Location Identifier, was provided with addresses being stored in a Master Street Addressing Guide (MSAG). Calls could also not be routed to the correct 911 call center by area code.

As wireless phones became more popular, there was an increased need for more accurate location information other than the ALI. That’s when the cell phone carriers began providing Phase I and Phase II as additional location information. Phase I provided a radius of where the caller was located based on cell phone tower signals, while Phase II narrowed down that radius to about 300 meters.

E911 was the beginning of more innovative technology becoming available to 911 telecommunicators and led to the introduction of Next Generation 911.

Next Generation 911 (NG911) was first identified as a need in 2007. Technology was evolving quickly all over the country, and industry leadership recognized a new system was needed to support this rapid change.

The introduction of NG911 allowed for cloud-based technologies to be integrated into the 911 system. This included GIS data and device-based hybrid location, which uses factors like GPS, Bluetooth beacons, WIFI, and other sources to provide a more accurate location of a caller. This is particularly important since much of the country has moved to smart devices.

NG911 also brought the introduction of additional data, which are supplemental resources 911 telecommunicators can use to build situational awareness to a call. This can include being able to view the iPhone Health app information when a call is made from that device or connecting to the phone’s camera to see what’s happening on scene in a live stream.

There are many other types of innovation the emergency number industry is working on developing, and even some new technology that we haven’t identified yet! Looking back at the history of 911 innovation makes us excited to think about what the future of the industry holds.