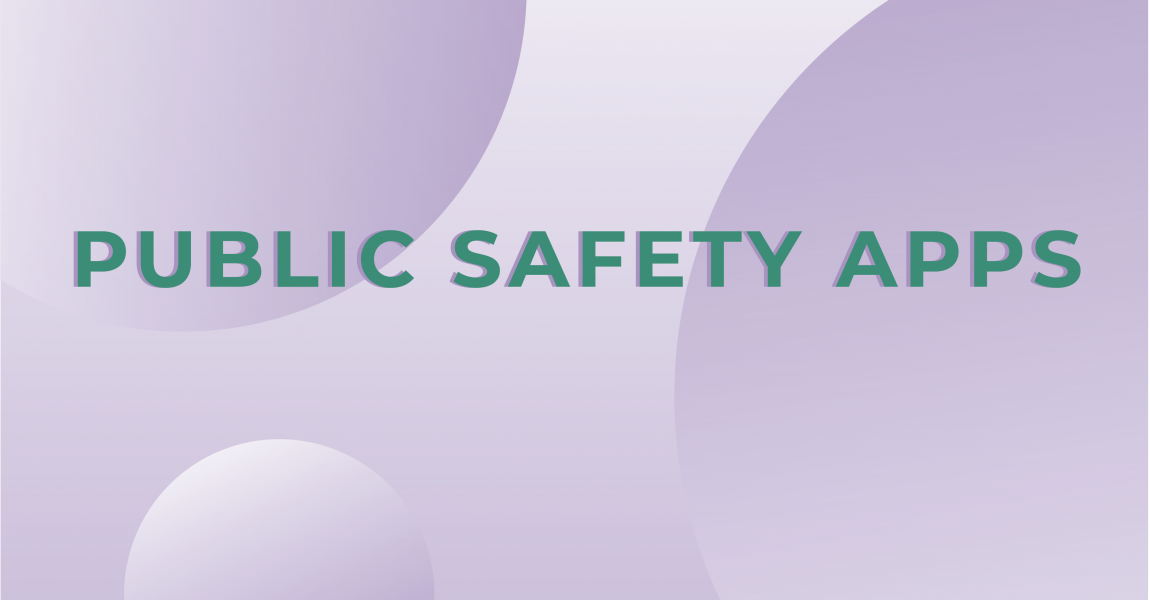 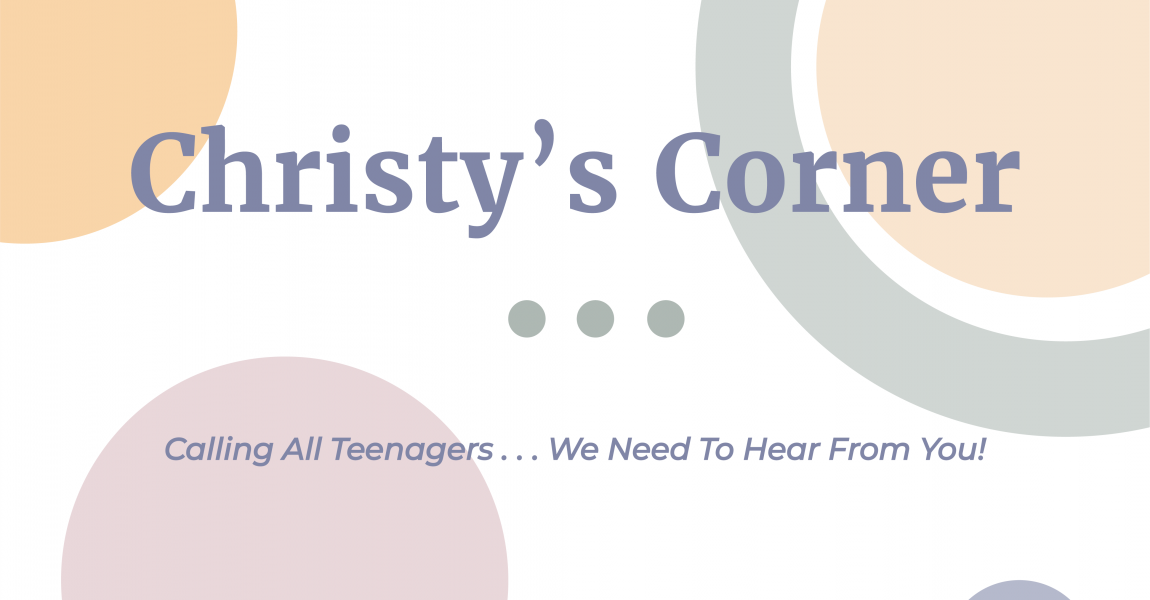 Christy’s Corner: Calling All Teenagers . . . We Need To Hear From You!

It has been a long time since I was a teenager. Ok I will admit it has been a long time since I had teenagers! This does not mean I don’t value the voice of our teens. In fact, this audience is vital to our research on improving 9-1-1 in an innovative manner. I must really stretch and think (and listen and read) to come up with innovative ideas, as it does not come naturally to me. The teenagers, however, have been raised in a society of digital technology and coming up with new ideas is in their comfort zone. Some even think it is fun!

If I’m being honest, I’ll also admit that 25 years ago we were purposely leaving this age group out of our 9-1-1 public education programs. After all, teenagers “know everything” and didn’t need me to teach them about 9-1-1 or anything else. I concentrated on elementary students, senior citizens, and civic organizations. Well, as we have come full circle in 9-1-1, public education (now called public engagement) has once again become a focus. Now I want to learn FROM the teenagers!

When I did have teens at home, I asked them questions about 9-1-1 all the time. In fact, we were one of those houses that was usually full of teenagers between my two daughters and all their friends. It was not unusual for me to sit around the table (full of pizza and other enticing snacks) and asked these informal focus groups their opinions on how they would want to contact 9-1-1 in an emergency. It was then that I learned many assumed we had features in 9-1-1 that were not actually available. This led our agency to begin educating the public on things you could NOT do with 9-1-1.  I think our first was “Texting is fun, but you can’t text 9-1-1”. Fortunately, we have evolved since then and texting 9-1-1 has been available in our area for years.

Now technology is really exploding in the 9-1-1 industry and we are trying to become more data driven instead of exclusively voice centric. There is so much data available these days that could assist 9-1-1 telecommunicators and field responders. It is simply a matter of integration. However, I want to be careful that we are not planning to implement technology on what looks exciting to the technologists and vendors or even what is easiest to integrate. I want to implement the technology that the 9-1-1 telecommunicators identify based on the problems in the centers and that the public identifies based on their expectations developed from other facets of their digital life.

So, let us become a group that asks questions and really listens to the answers provided by our teens. Let’s encourage school resource officers and 9-1-1 educators to get into the high schools and instead of talking or teaching AT them, let’s talk WITH them. We need to know what they expect when calling for emergency services, how they would like to report emergencies and what apps or features they use in their daily lives that might be able to provide 9-1-1 with valuable data. We could even host contests for them to develop some of their ideas. Hopefully, the teens will feel good about providing input that can help save lives and make a difference. Maybe they’ll even share what we talk about on social media! 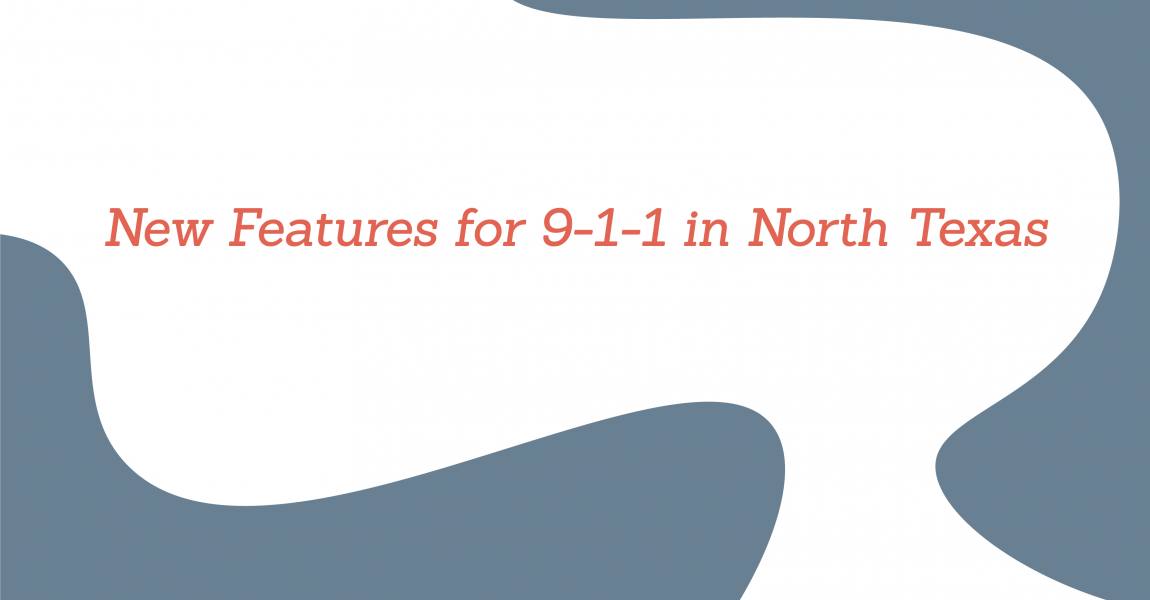 Arlington, TX, April 19, 2021 – North Texas citizens dialing 9-1-1 may soon begin receiving text messages from the 9-1-1 telecommunicator with a link to pinpoint their location. This feature is one of the tools included with a new dispatch map that has been implemented throughout the North Central Texas Emergency Communications District’s 13-county region.

The new map provides GIS-based data to 9-1-1 telecommunicators. The map features tools like enhanced location, which sends a link to mobile devices that callers can click to send their enhanced location to the telecommunicator.  The map also includes a 9-1-1 chat feature that translates to over 70 languages, and is integrated with applications like What3Words, which pinpoints the location of a mobile device within three meters, and Waze to provide traffic data.

“Our region is fairly rural, which sometimes makes identifying an exact location of a caller difficult,” said GIS Manager Rodger Mann. “The tools provided by this new map gives 9-1-1 telecommunicators another way to better identify a caller’s location, which can save lives by cutting down on response times.”

The map is available to over 40 Public Safety Answering Points (PSAPs), or 9-1-1 call centers, in 13 North Texas counties surrounding the Dallas-Fort Worth metroplex. This area serves about 1.7 million citizens.

View the factsheet for these new features. 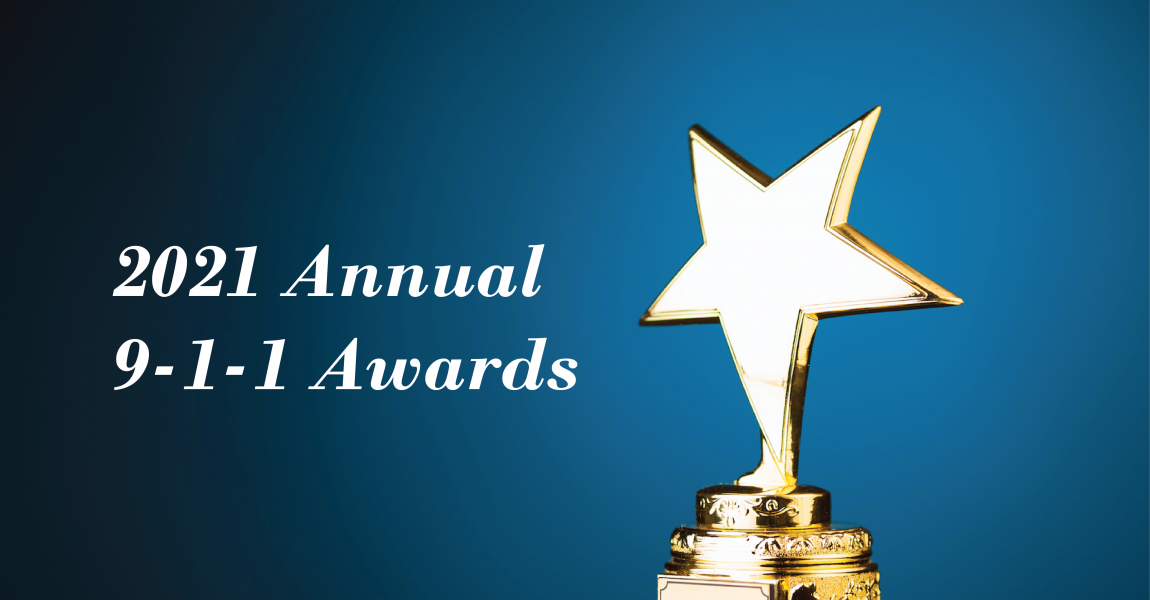 The North Central Texas Emergency Communications Districts (NCT9-1-1) has announced the 2021 winners of the Annual 9-1-1 Awards. These awards are presented to individuals or groups who show an outstanding commitment to the 9-1-1 industry. We are proud to have so many dedicated professionals working with us to help save lives every day. The nominees are submitted by their Public Safety Answering Point (PSAP) supervisor or manager and the winners are selected by a majority vote from the supervisors, managers, and NCT9-1-1 staff. The agency of the year, however, is determined by the NCT9-1-1 staff. Congratulations to the award winners!

The Telecommunicator of the Year is categorized as an individual who takes command and makes independent decisions relating to the proper emergency response. This individual thinks and responds quickly as the emergency situation dictates while addressing the needs and concerns of the caller.

The Agency of the Year is handpicked by the NCT9-1-1 staff for demonstrating a superior commitment to furthering 9-1-1 in North Texas.

The Supervisor of the Year demonstrates a positive and professional attitude toward all aspects of his or her roles and responsibilities. He or she is familiar with all operations and functions expected of subordinates and demonstrates that knowledge on a regular basis while monitoring staff performance. He or she creates plans and objectives and offers praise or corrections to staff when needed.

The Training Professional of the Year uses their creativity, initiative, and diligence consistently while assisting callers or coworkers. He or she is knowledgeable of policy and procedure and reliable when informing others.

The TDD/TTY Above and Beyond Award is given to the PSAP that had the most TDD/TTY calls and demonstrated a commitment to serving the Deaf and Hard of Hearing communities.